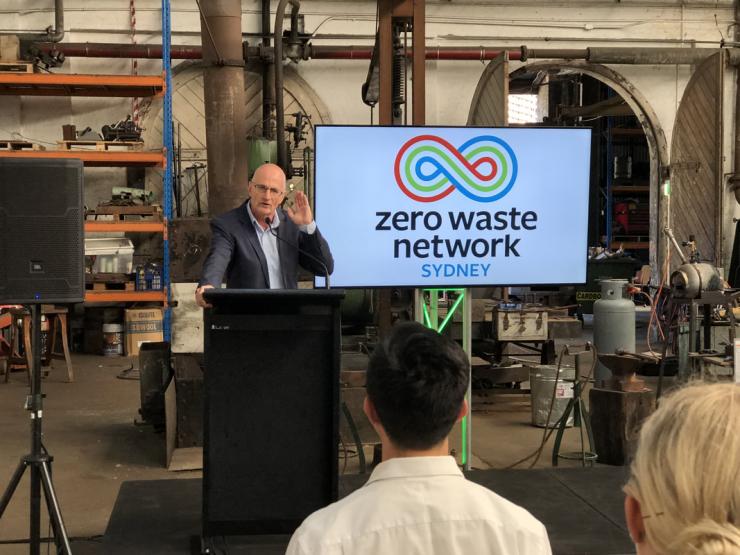 ​Fitting with the recycling theme, the launch was held at the Australian Technology Park's Blacksmith's Workshop. James O'Laughlin of the ABC's TV Series New Inventors was the MC for the night and keynote speakers were Liesbeth De Schamphelaere from Belgium group KOMOSIE. Liesbeth spoke of how they were able to change community perceptions of reuse by uniting under one brand, De Kringwingkel.

​David Kuhn of SSROC also spoke about the need to grow the reuse sector in Sydney. A video created by NOOK studio's was played highlighted some of the amazing work already being done in Sydney by organisations such as Reverse Garbage. And a discussion was held around grow the reuse sector and change community perceptions of reuse and recycling.

​To get involved contact in Zero Waste Network Sydney, or to find out more about in setting up a sub-branch in your state contact:

More from our Blog